Aaron Feuerstein passed away at age 95 on November 4th.

December 11, 1995 the factory Malden Mills in Lawrence, Massachusetts burned to the ground in one of the biggest fires in New England’s history. The owner Aaron Feuerstein instead of taking the $300,000,000 and closing down, paid his 3,000 workers for months and paid their benefits and then rebuilt the factory in Lawrence.  “I have a responsibility to the worker,”  he said at the time, “both blue-collar and white-collar. I have an equal responsibility to the community. It would have been unconscionable to put 3000 people on the streets and deliver a deathblow to the cities of Lawrence and Methuen. Maybe on paper our company is worthless to Wall Street, but I can tell you it’s worth more.”

He ultimately rebuilt but at a time where cheap knock-offs of Malden Mills revolutionary “polar fleece” came in from overseas and Malden Mills went bankrupt and was sold.

Looking back at the conflagration that ended up defining his life, Feuerstein said he essentially got credit for doing the right thing. “I got it,” he said, “because most American corporations had forgotten that the worker is part of the enterprise.” 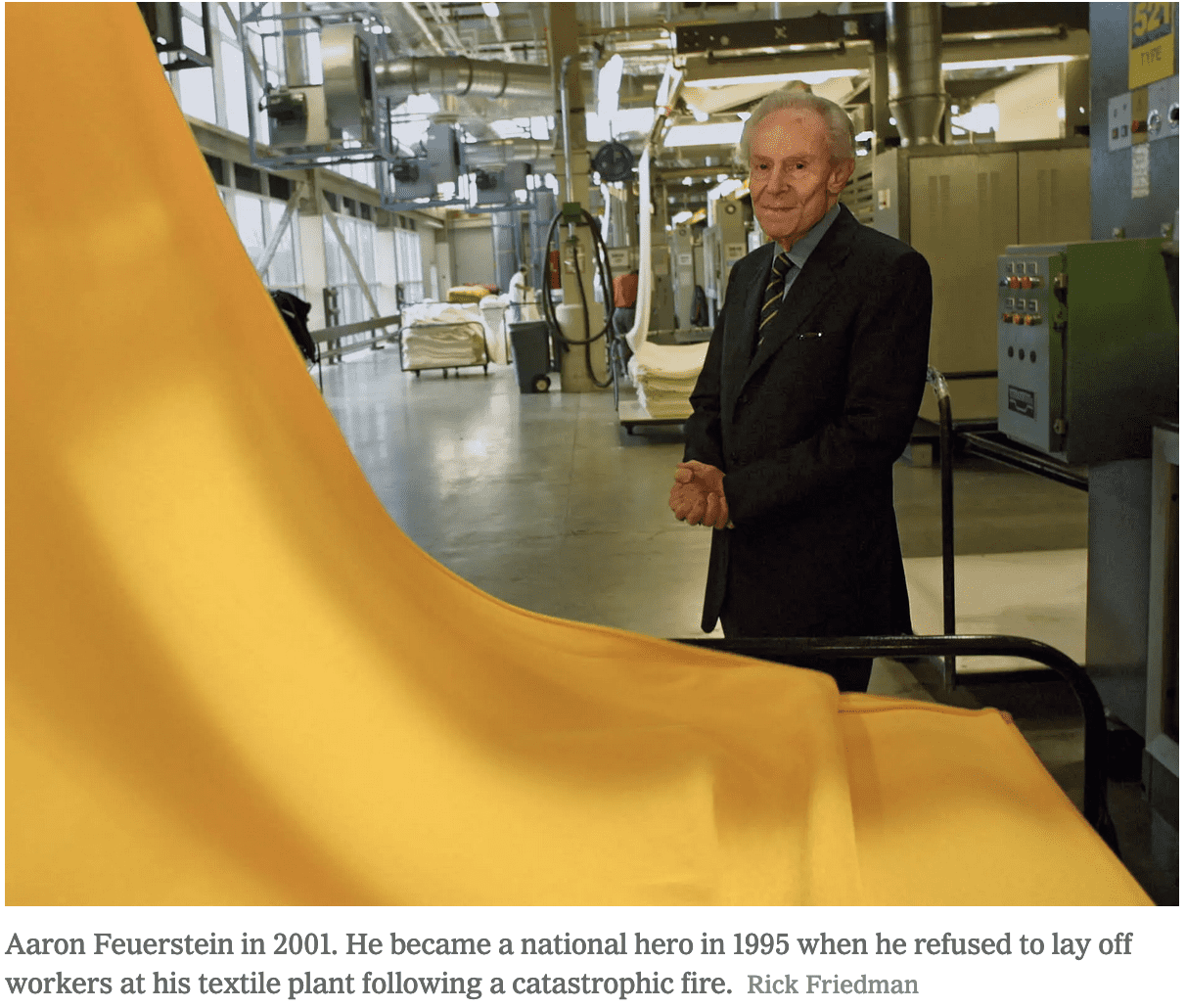