Alright, where’s this going? A little baseball history courtesy of MLB.com, by way of Craig Calcaterra’s column “Cup of Coffee.”

George Clinton the fearless leader of Parliament, Funkadelic, the P-Funk All-Stars and other variations has said, “Put a glide in your stride and a dip in your hip, and come on up to the Mothership”- the first law of Funktonian physics.

One follower was the great baseball player Dave “The Cobra” Parker (2,712 hits!). Dave famously wore an inspirational t-shirt with what turns out were not just made up for baseball bashing, but originated with a Parliament song. 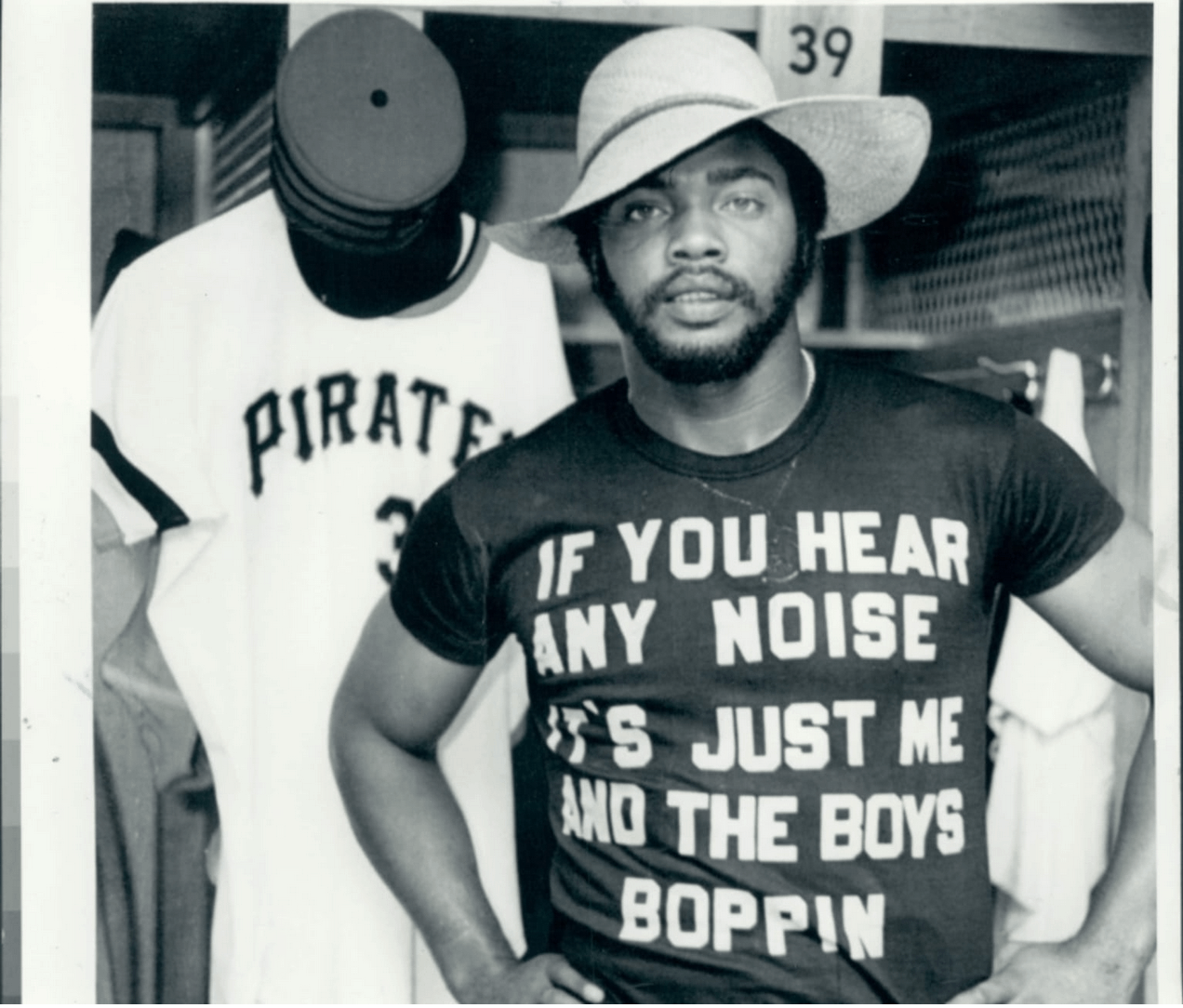 In April 1976, Parker was standing at the bar of a club after a game and was inspired.

“I thought that if my (Pirate) teammates saw me strut into the clubhouse, cool and confident, wearing a badass message that there would be nothing to worry about,” Parker wrote. “Because that’s the mindset you need to succeed at this level. So that’s where the T-shirt came from.”  He went to a shop that sold records and made shirts and had that shirt made. It has persisted through many iterations and it appears though widely sold he never made any money on shirt sales.

Here’s Evan Longoria then of Tampa wearing one:

The shirt has continued to show up and motivate players nearly fifty years later as Luke Voit of the NY Yankees gave it a NY twist as well.

One common thread is that it looks like neither George Clinton, Dave Parker, nor Luke Voit made any money off the t-shirts inspired by theirs.
Check out the full story of the shirt at mlb.com and maybe even cooler, check out Dave Parker’s soundtrack that spans from Billy Paul to Caroline King, from the Doobie Brothers to the Isley brothers.