Democratic presidential candidate Kamala Harris’ campaign may have been a little too quick to capitalize on an emotional moment that happened during the recent candidates’ debate, as discussed in this article by Promo Marketing Magazine.

Digital printing and online shops have definitely changed the game when it comes to getting new merchandise out in front of potential customers or supporters, but that doesn’t always mean faster is better.

The shirt mock up looks like it was a rush job. (notice the wrinkles in the t-shirt image versus the flat image of the candidate as a girl. Also, the top of the image could be cropped lower so her face isn’t centered on someone’s belly.) And the easy-to-overlook small print at the bottom of the order page tells buyers that this is actually a pre-order for a shirt that won’t start shipping until mid-July.

In the end, the rush to take advantage of a big moment with merch seems to have made some potential supporters doubt the authenticity of what they saw and heard in the debate. Just because you can rush to make something available immediately, that doesn’t mean you should. 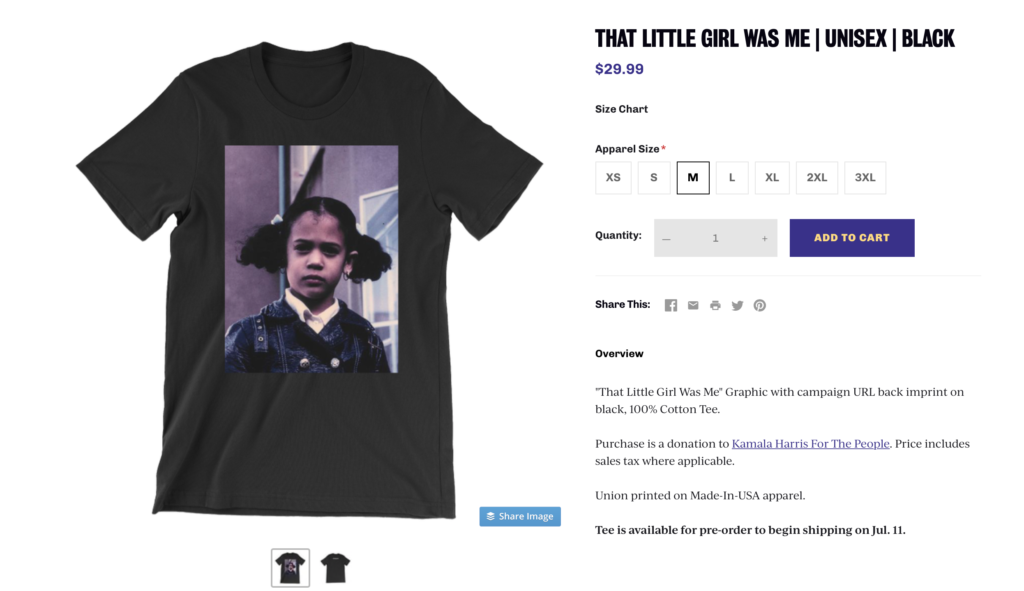